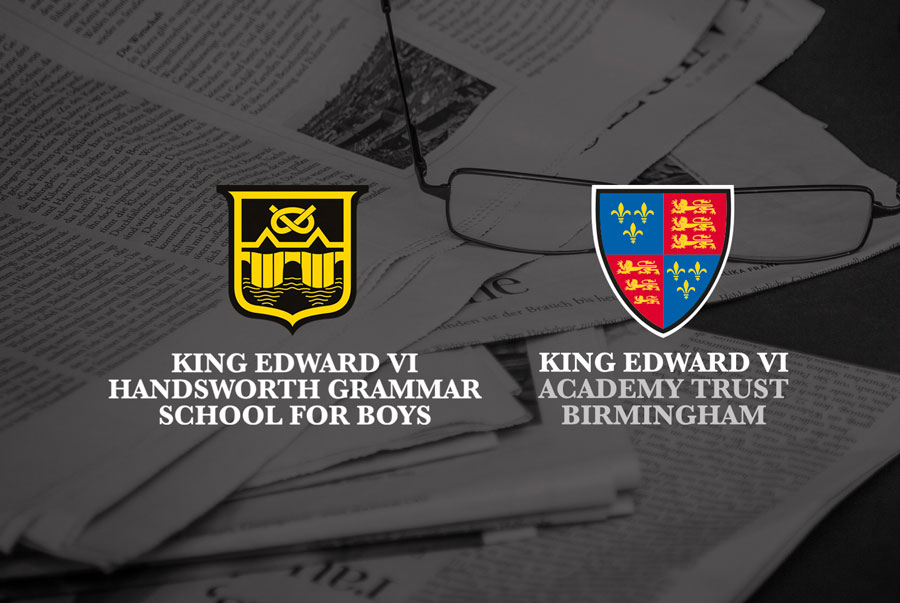 “I cannot think of a single field in Biology or Medicine in which we can claim genuine understanding, and it seems to me the more we learn about living creatures, especially ourselves, the stranger life becomes.” This quotation from Lewis Thomas really sums up how young minds learn and what better way to learn than to visit one of the most prestigious museums on the planet: London’s Natural History Museum. This museum brought awe to our Year 13 Biology set and exceeded all of our expectations, at which point my colleague, Chetan Soni said ‘You need to calm down mate’ in a comical voice (which quickly became the motto of the day). From the elegant architecture to the extremely interesting exhibits, to the Spirit Tour we were allowed to explore the world and most importantly, History.

We arrived in London by means of Virgin train and Underground tube. After emerging from the South Kensington Station, the sheer size of this extraordinary building became apparent to us. Its intricate architecture that included tall pillars and gargoyles captivated each and every one of us. The entire building was a wonder in it of itself; however, once we entered this mammoth museum, we were greeted by a giant dinosaur skeleton; this one exhibit was indicative of the wonders yet to be seen at the museum. Everything was absolutely beautiful, even the toilets were palatial. When we progressed further into the museum, more and more incredible things made themselves apparent.

After exceeding our initial expectations, the museum continued to amaze, with exhibits the size of a blue whale, literally. Various species were present in this room and we saw animals that we were familiar with, and some we didn’t know how to pronounce their names. Humorously, there was an animal called a dik-dik. The entirety of the museum was an experience which we will all cherish. The exhibits were breath-taking and the facts were really interesting; who would have known that we would see a 1:1 scale blue whale?

This was the educational part of the field trip. The spirit tour allowed us to see a variety of species preserved in methylated spirit, hence the name. The spirit was used to ensure that bacteria are killed, especially saprophytic bacteria which would otherwise decompose the organisms. The spirit tour however, was all about science, not sentiment; when we entered the spirit room, we noticed that it was quite chilly. That was because the temperature of the room was kept at approximately 15˚C which was well below the flash point of the alcoholic spirit so that if in the unlikely event of a fire, the alcohol would not ignite and the specimens could be successfully retrieved. Primarily, the organisms were kept in the alcoholic spirit, however, in the case of some molluscs and others including octopi and jellyfish, they were kept in a different substance called formalin which maintained the organism’s structural integrity which was good for the study of the organisms’ physical attributes. The organisms were arranged taxonomically which was good to organise the species but was also good to see where these organisms fit in their own groups. It resembled a library of organisms that could be used by scientific researchers. The groups of organisms we were primarily focusing on were the molluscs and sponges whilst also showing the different forms in which they can occur. The final organism was quite surprising; the ‘giant’ squid which was the length of a London bus, just to put it into perspective. It is the only complete giant squid which has been preserved in one piece, usually it is just a tentacle or arm which is displayed, which was the case with the ‘colossal’ squid.

At the end of the tour, we saw what research took place in the museum, some if which is really ground-breaking. Original relics taken from the HMS Beagle expedition to the Galapagos Islands made by Charles Darwin were stored in this part of the museum.

One particular exhibit was particularly beneficial to us as a Biology Set. As Ecology is a main theme of Unit 4 Biology, this section was possibly the most helpful to us. Detailed explanations of the Carbon Cycle and the basic biochemistry and stages of photosynthesis helped to reinforce our knowledge as well as add to it. The more serious implications of human activity were explored here; a whole hallway dedicated to the chain reaction set in motion by Greenhouse Gases and Global Warming was an incredibly interactive way to learn new things.

The remainder of the time at the museum was spent in the Dinosaur exhibition. Taken back to our childhood fascinations with them was an experience enjoyed by all. The highlight of this exhibition had to be the mechanical scale model of a Tyrannosaurus rex.
Conclusion and London.

Once the museum experience had ended, we were free to explore London and its many sights and landmarks including the London Eye, Big Ben, Buckingham Palace, 10 Downing Street and an assortment of statues. This really was a recreational and educational activity which was appreciated by everyone who was present. I would now like to take this opportunity to thank Mr Arnold and Mrs Hartt for organising this trip on behalf of our Biology set. 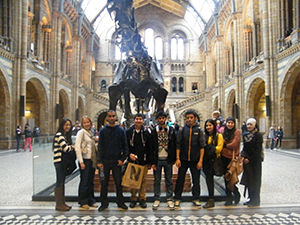 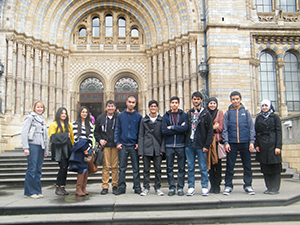 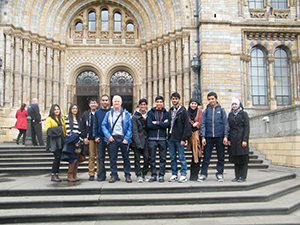