The primary aim of the music department is to:

provide students with an exciting opportunity to explore music through performing, composing and listening

More specifically we aim to enable students to:

The department is currently staffed by one full-time teacher and one part-time teacher.  The department team is completed by six instrumental tutors who teach over 100 students during their weekly visits. There is one large teaching space which is fitted out with a Welmar grand piano, Hifi system, 80inch interactice display, 16 28-inch workstations with a 5-octave MIDI keyboard attached. Each workstation has, Sibelius 7.5 and access to BandLab and MuseScore as well as Cubase. In addition to this there is a KS4 / KS5 teaching room adjacent to the main room, a rehearsal room and a walk-in storeroom, practice rooms, office space and priority access to the neighbouring School Hall.

The programme encourages and challenges students to develop their musical knowledge, understanding and skills through the following activities: composing, performing and listening as well as reviewing and appraising. The wide variety of musical styles covered includes: classical, blues, rock and pop, Latin American, African and Oriental. Students receive a 50-minute music lesson each week throughout Key Stage 3.

Units of work include:

This two-year course provides opportunities for students to develop composing, performing and listening/appraising skills and to increase their musical knowledge and understanding by exploring four areas of study: western classical, 20th century, popular and world music.

A minimum of two pieces, one of which must be an ensemble performance of at least one minute duration. The other piece(s) may be either solo and/or ensemble. One of the pieces performed must link to an area of study of the learner’s choice.

Two compositions, one of which must be in response to a brief set by WJEC Eduqas. Learners will choose one brief from a choice of four, each one linked to an area of study. The briefs will be released during the first week of September in the academic year in which the assessment is to be taken. The second composition is a free composition for which learners set their own brief.

This component is assessed via a listening examination. There are eight questions in total, two on each of the four areas of study.

Two of the eight questions will be based on prepared extracts set by the WJEC Eduqas.

Component 1: Performing – Options A or B

Option B: (25%) A performance consisting of a minimum of two pieces, either as a soloist, or as part of an ensemble, or a combination of both. One piece must reflect the musical characteristics of one area of study.

Component 2: Composing – Options A or B

Option A: (25%) Two compositions. One must reflect the musical techniques and conventions of the Western Classical Tradition, and be in response to a brief set by WJEC Eduqas. Learners will have a choice of four briefs, which will be released during the first week of September in the academic year in which the assessment is to be taken.The second composition is a free composition.

Option B (35%) Three compositions. One must reflect the musical techniques and conventions of the Western Classical Tradition, and be in response to a brief set by WJEC Eduqas. Learners will have a choice of four briefs, which will be released during the first week of September in the academic year in which the assessment is to be taken. The second composition must reflect the musical characteristics of a different area of study (i.e. not the Western Classical Tradition), and the third composition is a free composition.

The written examination focuses on three areas of study.

Area of study A: The Western Classical Tradition covering The Development of the Symphony, 1750 – 1900. Learners should choose one of the following set works for detailed analysis, and the other for general study:

The second area of study should be selected from:

Area of study E: Into the 20th Century, which includes 2 set works – Trio for Oboe, Bassoon and Piano, Movement II by Poulenc and Three Nocturnes, Number 1 Nuages by Debussy or, 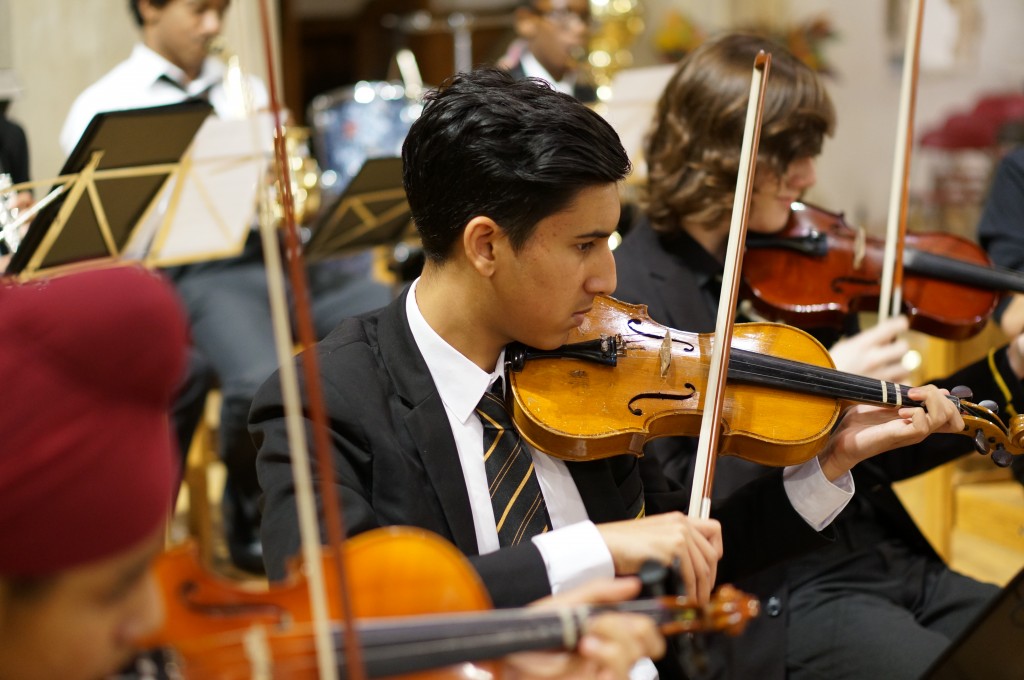 The musical instrument tuition scheme at HGS offers one 20-minute lesson each week. We currently offer lessons on:

In addition, our tutors join with the department’s staff in an extended curricular programme that includes : 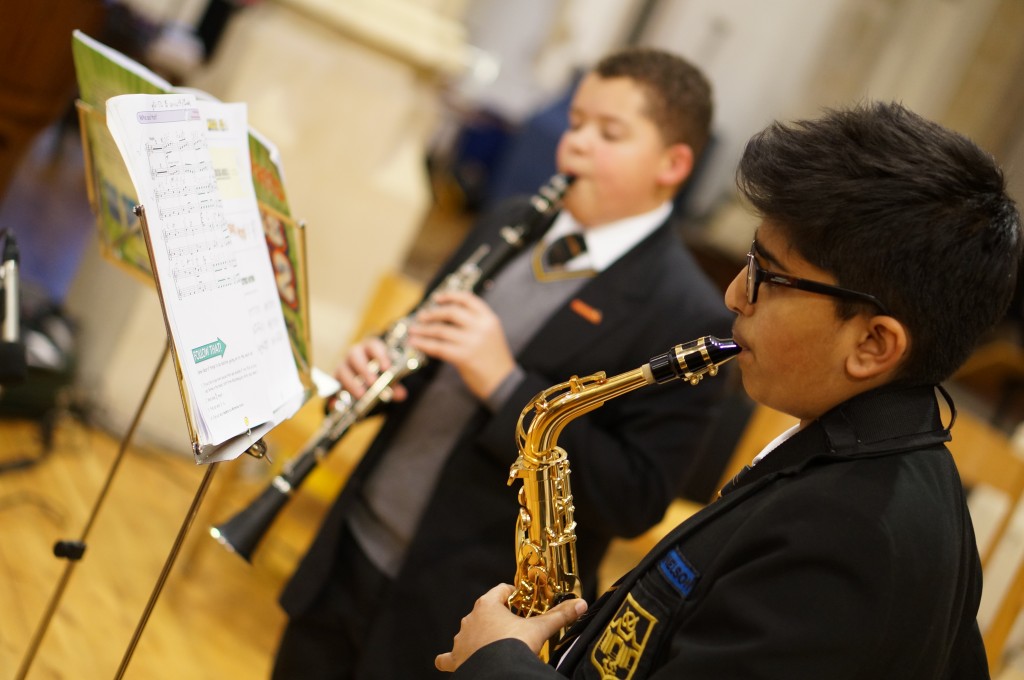 Our annual calendar of events include the Winter Concert which takes place at Ladywood ARC, Instrumental Progress Evening (aimed primarily at those in years 7 and 8), H.G.S. Young Musician of the Year, Summer Concert and various other smaller recitals. Many of our talented musicians are involved in the Birmingham Schools’ Music ensembles, bands and orchestras, as well as a wide range of choral, music theatre and instrumental activities across the city and beyond. We enhance our students’ curricular experience through visiting artists’ workshops and trips out to Symphony Hall and other concert venues. 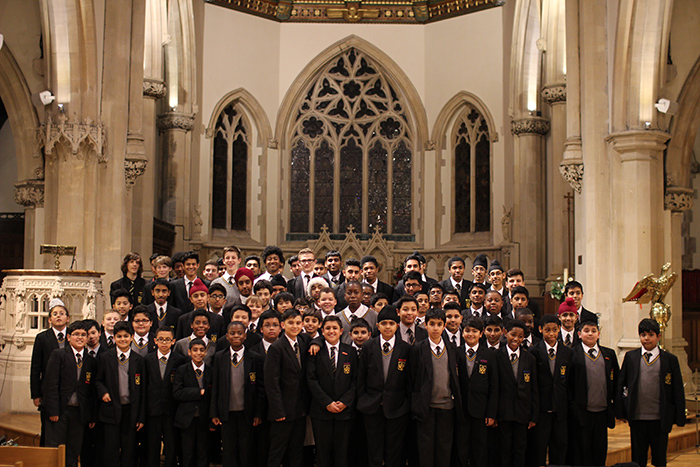 These have included venues such as : 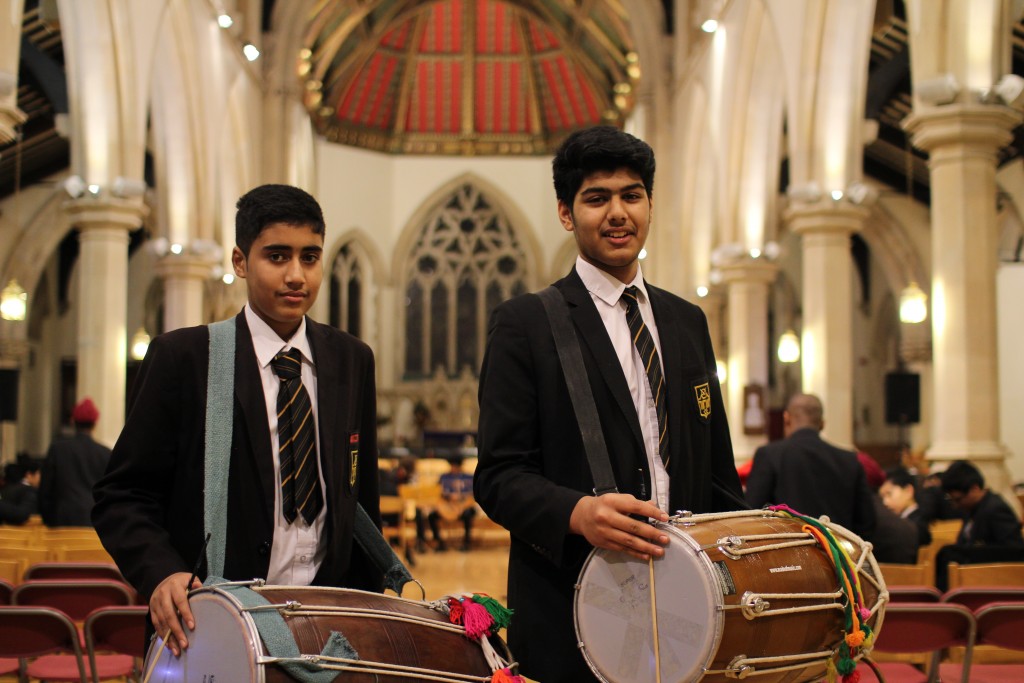