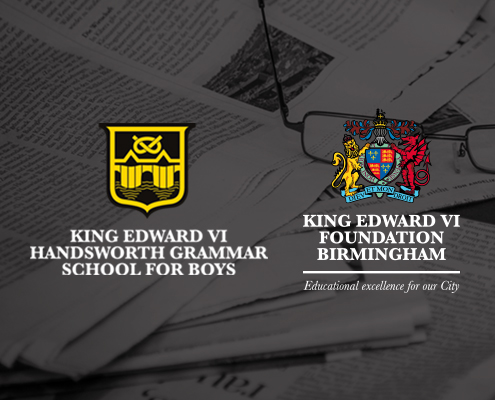 44 students from Years 8-11 (and 5 teachers) set off from Handsworth at 6:30am on Friday 25 October for the Port of Dover. Although we did stop at service stations for fresh air and to stretch our legs, it was still a long and arduous journey. Some decided to spend their time listening to music whereas others opted to catch up on some sleep. After about five hours, we arrived in Dover for our ferry. The two-hour crossing from Dover to Calais ran smoothly with plenty to do. We then departed for Paris from Calais; this journey also lasted about five hours, meaning that we arrived at our hotel at about 7:00pm.

On Saturday morning, we departed for a cruise down the River Seine at 9am, and had then planned to go up the Eiffel Tower. Our trip to the Eiffel Tower was for nothing though as Greenpeace protestors had climbed the Tower to display a large poster about saving the planet. As a result, the Tower was closed and no one was allowed up until the police had the protestors taken down. Consequently, we decided to come back later and go first for lunch on the Champs-Élysées. After a walk down the Champs-Élysées taking in the sights, we went back to the Eiffel Tower. The view from the second stage of the Tower was magnificent even though it had begun to rain. As a result of the poor weather, we decided to postpone our visit to the Sacre Coeur and return to the hotel to have a game of football on Paris FC’s training ground (located directly behind our hotel) with Mr Mohsin.

On Sunday morning, we departed for the Stadt de France for a guided tour. The stadium displayed many famous artefacts including a signed Brazil shirt from Ronaldo (not Cristiano Ronaldo!) and Zinedine Zidane’s boots from the 1998 World Cup Final. After lunch, we went to the Cite des Sciences where we were left to explore the many things that this place had to offer: “The Past, Present and Future of Games Consoles”, “Where did life begin?” and many more exhibitions that were worth exploring. Then, after a short trip, we arrived in Montmartre and ascended the many steps to the Sacre Coeur where we also visited a small shopping and artists’ area to buy souvenirs. We then arrived back at the hotel in time for dinner.

On Monday, our return journey to Calais was the same as the journey from Calais to Paris, but I wish I could say the same for the ferry ride back to Dover! Due to storms and extreme weather conditions, the water was very rough and the ferry was shaking a lot, which meant we struggled to walk in a straight line without tripping or losing our balance. Due to this, many on this ferry were seasick and the cleaners had a massive job on their hands after we arrived at Dover! The journey back to school was smooth with no interruptions, which meant that we arrived back in Handsworth at 10pm.

In my opinion, the trip was fantastic and I would strongly recommend it to anyone else who has the chance to go. 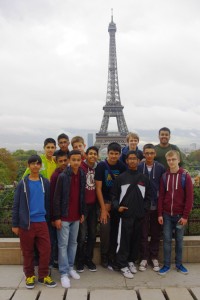 Please click here to view more photos from the trip.

UK Youth Parliament at the House of Commons
Scroll to top