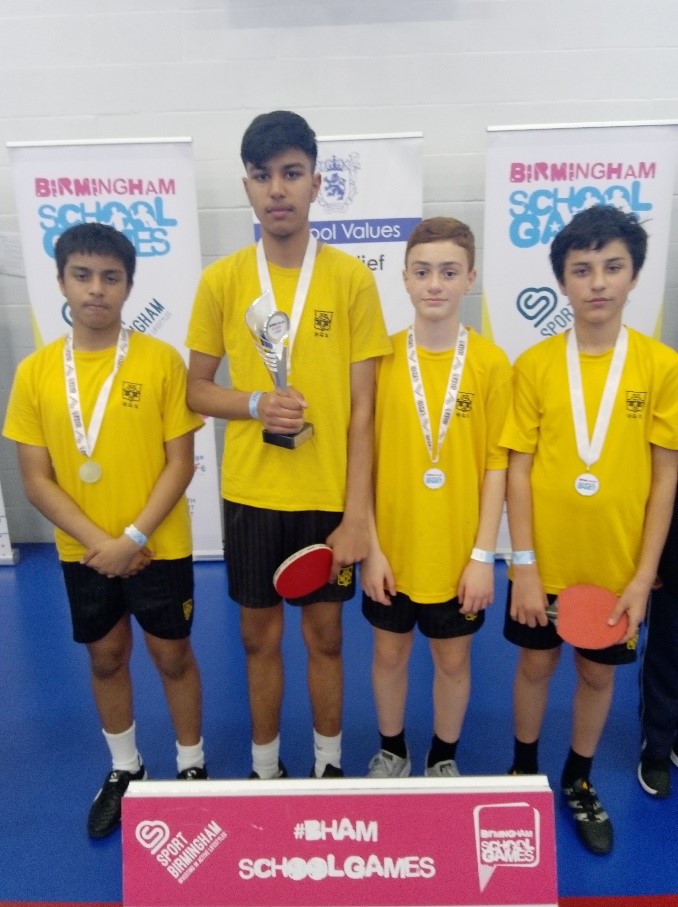 The KS 3&4 table tennis teams won the level 2 School Games Championships and qualified for the level 3 Championships held at Washwood Heath Academy. This tournament had all of the best teams in the city in attendance.

The KS 3 team consisted of Yaseen Ahmed 9G, Sulayman Khan 8G, Ahnaf Rahman 9G and Zane Baker 8G. They played Holte in the first game and won 3-1, they then played Stockland Green and won 4-0. In the final pool game we played Plantsbrook School and won 3-1. In the semi-final we had to play Wheelers Lane who came second in their group. We won 3-1. In the final we played Kings Norton Boys School who are attached to Colesbridge Table Tennis club so all of the students play club table tennis to a good standard. We drew 2-2 but won on the number of games that we had won. An incredible achievement!! 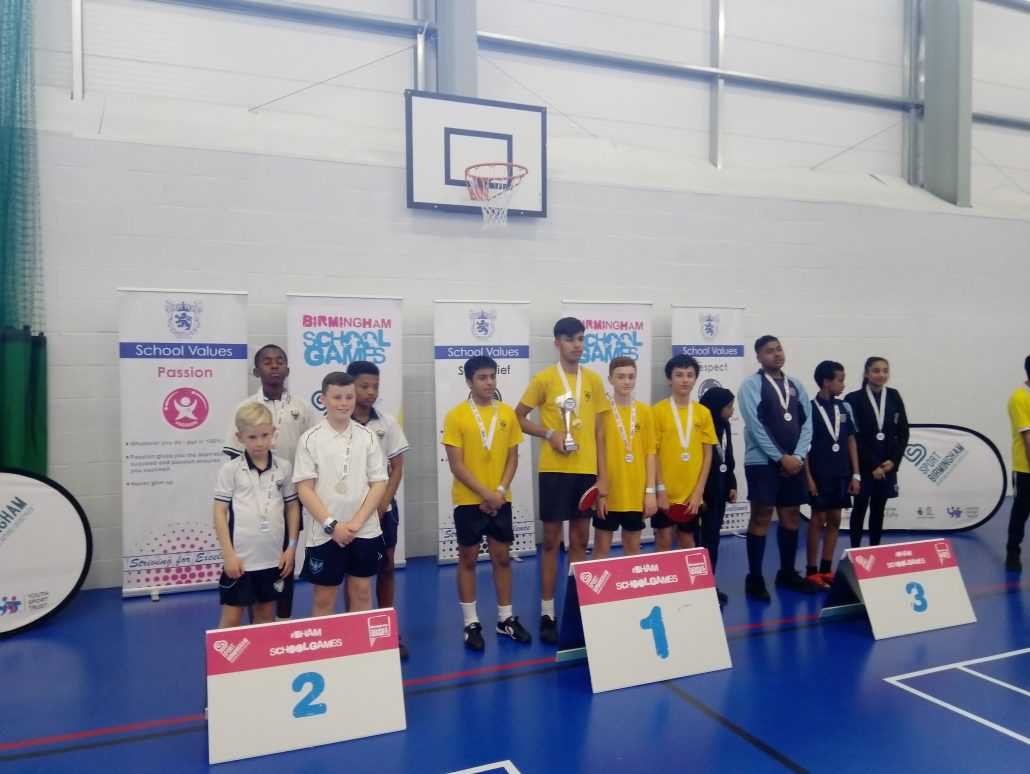 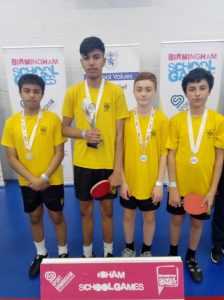 The KS 4 team were playing some of the strongest school table tennis teams that we have seen for a long time. All of the games were close which shows how we have progressed as a school over the last few years. Having a dedicated table tennis coach has pushed our boys on to a higher level. We lost to Wheelers Lane 3-1 (who were the eventual winners) and Holte 3-1. We beat Bishop Vesey 3-1 and Kings Norton Boys 4-0. Overall we came 3rd. The team consisted of Manveer Chahal 11G, Jamie Corpuz 10A, Thien Tran 10G and Hanzblyth Camanzo 11H. 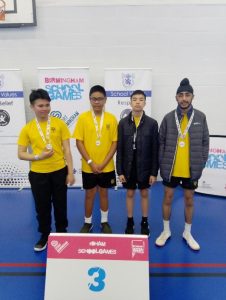 Focus on Education
Scroll to top