During Registration, week beginning 9th January, each year 7 form carried out a form Countdown competition, which consisted of two words, two numbers rounds and a conundrum round. At the end of the form competitions each form had a form champion ready to represent their House in the House competition, which took place during assembly on Tuesday 17th January. A big well done to, Abdi Khalil (7A), Ben Maia Nunes (7G), Stanley Todd (7H), Jarred Vergara (7N) and Zain Zaman (7W) for representing your forms! All students have received 5 house points for participating in the Countdown competition.

For the House competition, there were two words and one number round. At this point there were 5 points in it, so anyone getting the conundrum right would win. Each participant was then given a conundrum to work out. Our victorious participant was Jarred Vergara (7N), with the only participant getting his conundrum correct. Congratulations to Jarred, who has received 10 house points and a £5 Amazon voucher!

The countdown was an excellent way to practice our mathematical and our literature skills and we all had a good time. I especially enjoyed the words rounds. The conundrum was very difficult and only one of the contestants got their conundrum correct. The final standings of the competition were: 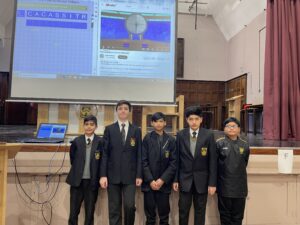 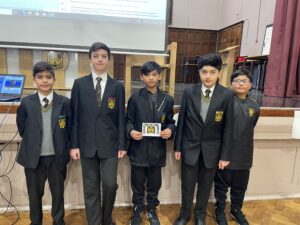